Eight weeks later it was Déjà vu all over again as I headed back to King’s Lynn for round two – another day of training followed by the test at the end. This time the first challenge was to re-adjust from my lovely new petrol Fiat 500 to Pete’s diesel Fiesta and to remember how to get above 30 miles an hour – something that I hadn’t managed since my last trip. And, of course, a lot more practice and confidence building. The incentive of having bought a car is a powerful one as it is hugely annoying to own a sexy new car and not being able to drive it without L plates and a co-pilot. So this time I meant business!

Thankfully I could still manage the manoeuvres. The dreaded roundabouts had to be looked directly in the eye and tackled, along with the pesky slip roads and dual carriageways. I hate to admit that even by the morning of the test, the roundabouts were still winning the battle. Poor Pete suffered endless circuits with me failing to get the right exit as my own particular form of physical dyslexia struck over and over again.

Arriving for the test itself, I struck lucky and managed not to get the same examiner – a re-run of July’s horror show on wheels would probably have finished us both off. At last here was my chance to impress. Or, being pragmatic, at least achieve my target of fewer than 10 minor faults. Top priority was to get nerves under control and brain in gear, ideally in harmony with hands on steering wheel and feet on pedals.

As if some celestial being was smiling on me, most roundabouts involved the first or second exit. But the benevolence finally came to an end with a direction to take the fifth exit. Remembering Pete’s instruction to count them off, I did a mental impression of Sesame Street’s Count character: “5 wonderful exits…..ha ha ha” and somehow pulled it off. No lightening bolt lit up the car but the elation carried me back to the test centre to show off my bay parking.

By the time Pete joined us for feedback I had no idea whether it was good news or not. It was only when the examiner said “you can smile now” that it dawned on me. And I kept smiling all the way back to Hackney. Nothing could beat the sense of achievement, thanks to Pete’s brilliant tuition. I’d like to say I’d do it all over again but if I see those roundabouts even one more time…. 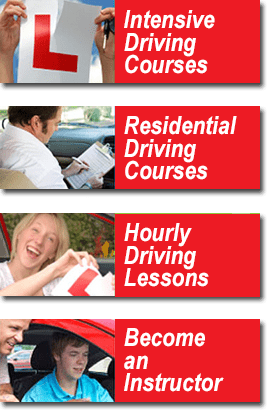